Dépaysement is the feeling you have when in a new, strange place.  The French have several words that describe a feeling of disorientation, but dépaysement has more than one meaning.  In fact, it can mean both the feeling of anxiety one feels when being an outsider in a new place that can leave us feeling unsettled, as well as the excitement we only ever feel when away from home.  The impossible becomes possible and we can be who and what we want in the anonymity of a new place. 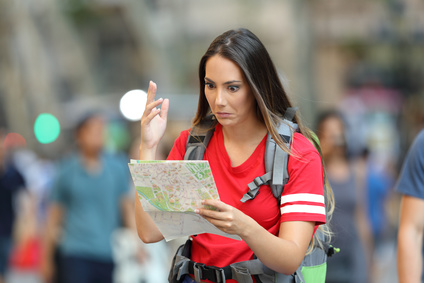 Dépaysement can be as mild as a little disorientation, feeling a bit lost, to the full on shock of a new culture.  Literally translated in to English it means de-countrified and is a feeling particularly common to expats and families on the move!